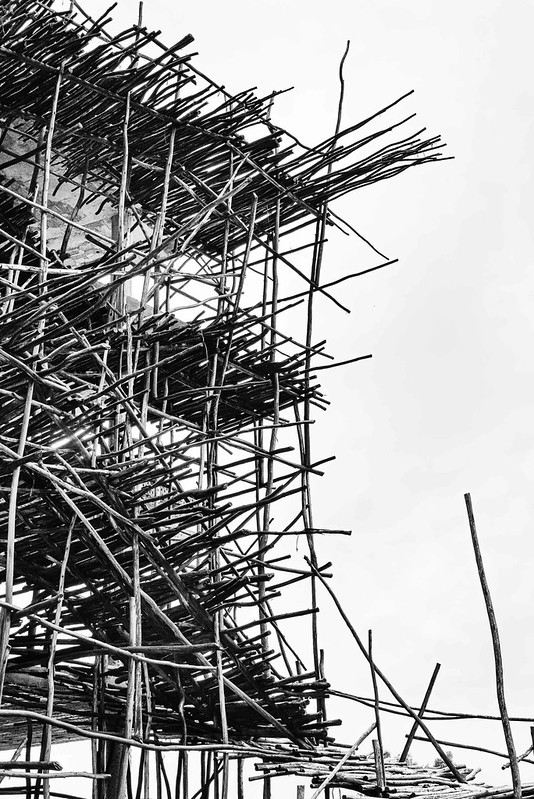 It was a daytime talk show that gave birth to Anti-Vaxxers. Flat-Earthers are finding each other, but they have roots in the weirder corners of American Evangelical Christianity. Pulling from the overcited McLuhan idea of medium as message, we've taken these old ideas and simply found a way to make them accessible and shareable. Everything is on fire because the world has been presented as always urgent and demanding attention. Nothing is given room to roll out and be understood; the world is careening between notifications.

One of the problems of the current state of cultural power comes from the slipping locus of monoliths to a bunch of small gyres full of microcultural shibboleths, all with their own icons. A lightweight columnist can pay bots to elevate him as an authority on modern conservatism, but one so laughably ill-informed as to have insulted one of the titans of British Conservatism as left-wing. Charlatan political commentators go back pretty far in history; the Internet has just made it possible for their reach to do real cultural damage.

The audience is looking for someone to give them a performative act that confirms their biases. The argument can be platitudes and slogans; the media is left-leaning and out to get you making their criticism moot. You can repeat that Ad Infinitum, and until you haven't done your homework on your interviewer, it works. You get a clip to show how hostile the outside world is to conservatives, and they get another segment filled. No one here is advancing discourse in the name of anything but selling ad space.

This isn't some simulacrum of discourse, replacing some grand tradition of American letters. The discourse was never that great. The second Presidency of the United States destroyed a friendship for life. American mass media helped lie the country into war before radio even existed. The whole process is dumber, and the number of faux experts with acclaim is ever-growing.

The media literacy crisis is several generations old. The entire sham of netural news that got it right down the middle came from the era where the government tightly controlled the press. It was an illusion that prevented people from assessing the information they were given, where it came from, and the motivation of both the source and the outlet. Fundamental skepticism goes a long way, but it is hard to stand up to platforms with pissing you off as a goal.

That's the scaffolding that allows dumb bullshit long-festering in the underbelly to slink its way into the mainstream. As long as there's ad money to be made, no one is shoving anything back into the crawl space. The only hope is to arm people against falling for shit information. Getting people to understand what cultural bias is wouldn't hurt. Letting people see themselves in culture and not an array of Ivy Leaguers with well-coifed hair assuring us they know what's best. As when that doesn't pass the smell test, it feeds people into the gristle mill on bullshit artists.