Book Review: Once and Future by Kieron Gillen and Dan Mora 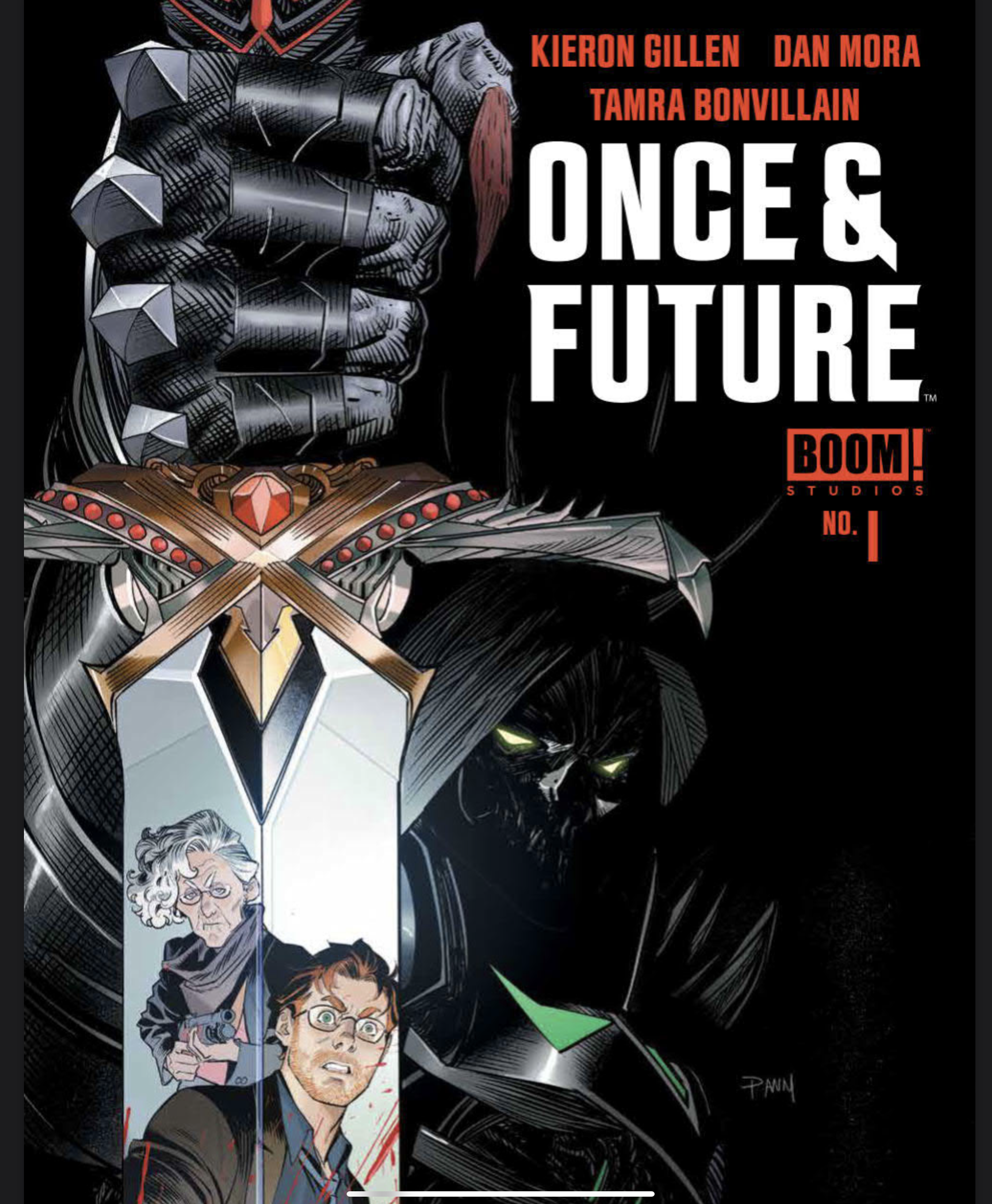 I’ve been on a bit of a tear through Kieron Gillen’s work after the first volume of DIE came out last year. I tend to follow writers more than artists in my fandom, so it isn’t that surprising. Other creators have worked with mythology in comics, but Gillen quickly subverts expectations. When some England for the English types seeking out the legendary king to aid their racist cause, they find that the King of Britons isn’t keen to work with Anglo-Saxons, paying for their mistake with their lives.

The story starts from there and becomes a madcap journey through secret societies, magical lands, and the power of stories. Before it even got to the usual Gillen metatextual fuckery, I was in. The premise that a bunch of Green Shirts find out their beloved foundational myth would find them unworthy is just the best sort of narrative for our day to day torrent of bullshit. 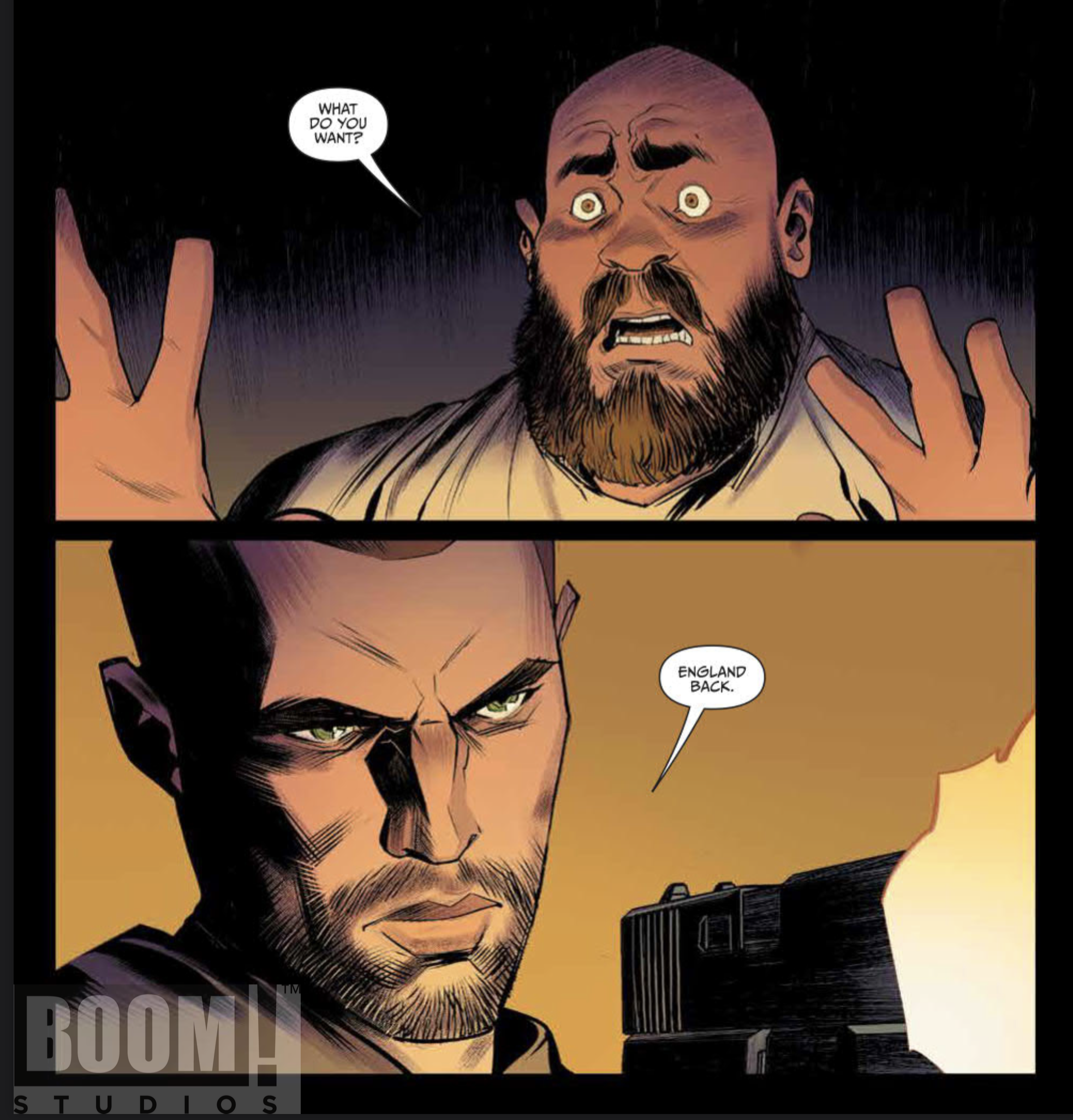 Duncan is an ordinary guy out on a date when a call from his gran pulls him deep into another world. It’s a fantasy trope, to be sure, but Gillen is efficient with his world-building. He’s using those tropes as shorthand to get us to the action.

Duncan’s gran is a great character. She guides him through which parts of the myths come from which periods and what is outright wrong in the popular imagination. Duncan is our surrogate through most of the first arc, but Gillen has him taking agency in satisfying ways. The narrative not only has a beginning, middle, and end, but actual character growth.

Dan Mora’s art is fantastic. The lines are tight, and the undead knights are detailed and horrific. He’s got a real knack for facial expressions that help punctuate Gillen’s dialogue. His action shots aren’t bad either. The look captures the setting of legendary monsters bleeding into the real world perfectly. 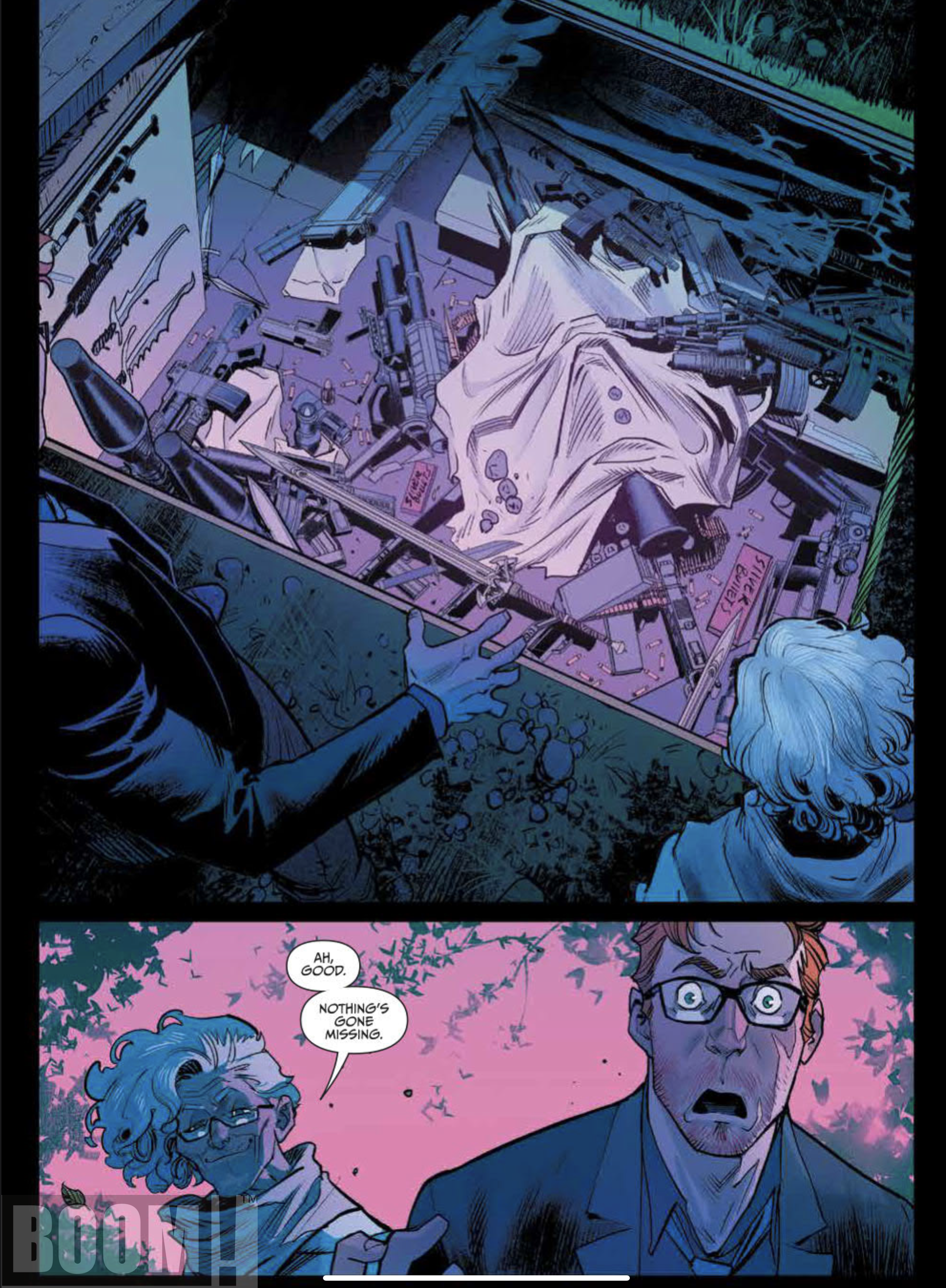 Gillen’s penchant for playing with myths and archetypes is one of his best qualities as a writer. Once and Future manages to channel that into the current moment. To be fair, the original single-issue run is from last year before Confederate and Slaver statues were being torn down, but that’s just the latest in an escalating conversation about historical myths and heroes.

There’s a great line about myths being able to read two ways, and though it’s not the entire theme of the story, it feels like deeply relevant right now. Gillen is doing some of the most interesting work in comics right now. Once and Future works in some of the same themes as his other titles but tells a unique story with its own themes. If you have any interest in modern fantasy/horror comics, you need to read this book.