Brinkmanship of the Dammed 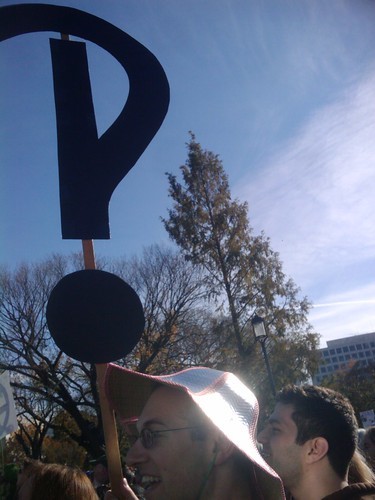 We are in the home stretch of the election now. If I did not have a constant stream of training for work, I would still be avoiding the majority of coverage. I have been dropping back from most podcasts and news sites that I read, as all three rings of the circus are full of constant distractions, and everyone is leaning into it.

When you’ve got people trading bodies in the streets, things are already too far over the edge. Even someone as moderate as Dan Carlin thinks the President is leaning into the civil war rhetoric. It’s a long episode, but he specifically uses the end of the Roman Republic as his reference point.

Though he lays out a clear case for Biden as the return to the status quo, he is quick to point out that the status quo already delivered us Trump to begin with. Biden is clearly proving the rule that no matter which candidate runs with a D next to their name, the talking points will always make them out as a Bolshevik.

Biden was always the candidate of people with enough privilege to ignore politics until the horse race pops up every few years. I can sympathize with people who are exhausted by the never-ending shit-show; the media has been turning Trump into cash for four years, and even if he loses, he’s not going anywhere.

Trump was already a brain-dead vapid approach to politics echoed by right-wing trolls and actual hate groups. His style is creeping into Senators like Rand Paul and Ted Cruz, who waste time on Twitter trying to earn sick burns on AOC and the Squad so that they can get some cable news time and a long tail on Facebook.

The American Left was always a disorganized mess, more prone to subdivision and ideological battles than unified fights against Dominionists and Billionaires. (And those extra sick fuckers that are both.) Social freedoms aside, the DNC has been triangulating its way through thirty years of politics. Not realizing that the RNC understands the game, and pretending to be shocked that they don’t care about what they said the last election is just a path to looking like the Washington Generals missing yet another trick dunk from the Globetrotters.

Flat-earthers, Q-Anon, Antivaxxers, and every stripe of anti-intellectual is gaining strength as valid demographics to play to. The demographic marketing is taking over, and the old and new media shrug that they have bonuses to pay. The election is being heightened by everyone, including the President, to ensure that no matter the outcome, there will be people in the streets. We’re dumber, angrier, and more confident in ourselves than ever. That can’t possibly go wrong...