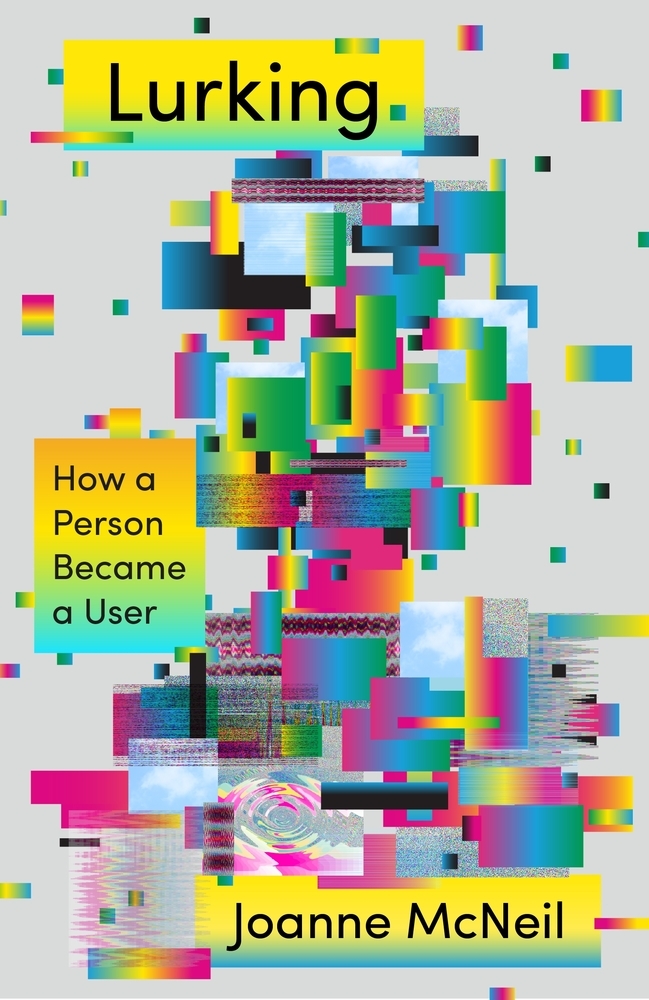 It isn’t often that you pick up a nonfiction book and find a writer that can turn a phrase like Joanne McNeil in Lurking. My copy is full of post-its with quotes from the book. Lurking: How a Person Became a User is a mix of memoir and other people’s stories. McNeil takes us through the Internet as a cultural space, and how that cultural space was turned into open-pit strip mines by mega-conglomerate social media companies that don't take the time to give their users’ even basic humanity.

McNeil starts with the earliest days of online communities, private BBS’ and forums from the pre-Internet days. There are some things here I didn't know the history of, smaller New York City only boards that still exist to this day. She also covers more common references communities like the Well, where Bruce Sterling still posts his yearly update.

McNeil comes into the story where a lot of people of a certain age do, AOL. Describing it as the suburbs of the internet, she connects these earliest days of creating an Internet for “normal” people as the roots of Facebook’s alienating policies toward people that don't fit its vision for “community.” It’s probably not a surprise that AOL is also one of the most high profile corporate successes of this era, which later became an embarrassment when its new owner had no idea what to do with it.

However, the AOL section also has another engaging turn where McNeil investigates what data still lingers out there. Starting with the story of finding an unmoderated space that was a promotional area left abandoned by AOL that McNeil and her friends used for a bit of teenage anarchy, she takes a journey through the online equivalent of a dead mall.

If you were online in the late nineties and early aughts, McNeil takes you through the evolution of online cultural dead ends and takes you back to see what's still left behind. It's fascinating and spells out how different each of these communities was and who their primary audiences were.

What sets McNeil’s book apart is that she isn't a techno-utopian, it's clear throughout the book that the Internet always had problems with representation and harassment. It's just that these weren't monolithic networks that did their best to tie themselves to your real-world identity.

Viewing the internet as a cultural space created by its users takes the myths of the companies that claim it and inverts them. While they can own the creation of the areas and the tech that powers them, but the community powers them and creates that content that people come for. It's why McNeil seems so bothered by Facebook’s disregard for its users, and Twitter's complete lack of interest in moderation.

McNeil has brought us a human history of the internet, and it’s deftly told. This was an enjoyable read, and I hope McNeil continues to write about technology. Her human-level view and generally dim view of the industry is refreshing when most people start fawning at the Valley’s self-mythologizing. This book is a must-read for anyone who uses any social platform.