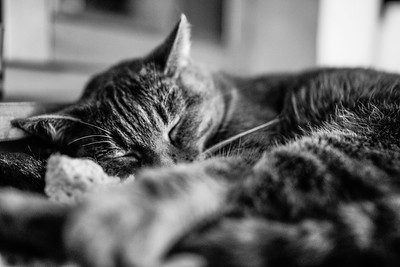 It's not been a great month for writing time, between sickness and a big update at the day job. So this one is going up late, and things aren't looking good for a triumphant NaNoWriMo.

The term self-care gets stuffed with a lot of connotations of middle-aged rich people in spas with eucalyptus oil, cucumbers on the eyes, and some sprout-fart fueled New Age music on the stereo. That stigma of decadent self-indulgence is likely why so many people have massive problems with burnout.

It should be said most of this comes from a US perspective. A culture extraordinarily bad at taking vacations. As a culture, there's this idea that if you aren't grinding yourself down to the nub--you're not doing enough. So we just keep working, planning for that retirement where we're culturally free to spend the day playing shuffleboard and being frightened by Fox News.

I think that you look at social media, games, and even entertainment, and we've made everything a sort of treadmill to keep on. In addition to the fallacy that God only loves you when you're exhausted, we've crafted much of society as a way to keep you engaged and working even in your downtime. Got to keep up on those notifications, or we're neglecting our friend's efforts to engage with us. Tons of games are merely just keeping you involved with timed events to ensure you treat it as a duty.

At the same time, even if you are aware that you need some time, it might not always be obvious what form that takes. If you find that your way to recharge is spending the weekend hammering on a game controller, as long as you aren't neglecting your everyday stuff, do it. The idea that spending your downtime doing nothing, in particular, is harmful, is a fallacy. Want to spend the day away from everything hiking in some nature center? Do it. Self-care isn't about meditating, essential oils, or making an appointment with your therapist. It CAN be about those things, if you need them, if they are what works for you.

There's an additional factor that can also get in the way of tending to your stressed-out brain. We often get obsessed with the idea that every hour of the day should be devoted to "net gain" activities. So we're reading aspiration books that feel like work or chasing hobbies that also feel like work. While it is good to spend some time learning things or trying to make cool stuff, this isn't exactly relaxing. There's tons of material out there trying to guilt you for watching TV, playing games, or reading that trashy bestseller. Letting your taste be your taste and this is about relaxing and enjoying yourself, there's plenty of other time for self-improvement. As someone whose hobby is making haranguing essays about nothing in particular, I'm guilty of this one regularly.

Spending time doing other things can end up with you avoiding problems and responsibilities. You'll have to trust your instincts and boundaries to know the difference. However, I bet that you're harder on yourself than you think, and take some time to binge that series you've heard so much about. Me? I'm going to take a few hours to try and get through that growing video game backlog.