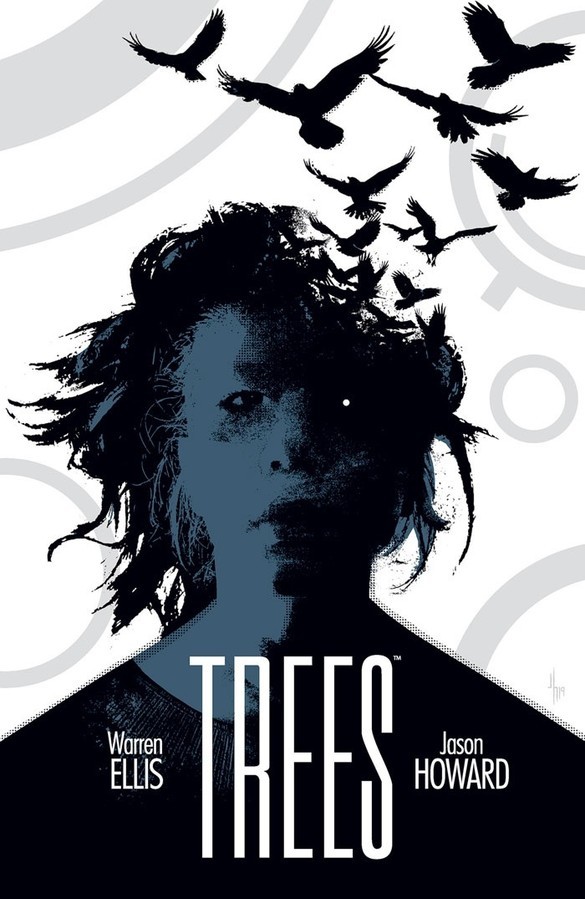 Warren Ellis has already said that Trees: Three Fates is the last volume of the series for the foreseeable future due to Brian Howard’s involvement in other projects. Thankfully, that doesn’t change anything about the way the story is told. The Trees are still a mystery. Ellis isn’t interested in trying to explain things. Instead, Three Fates is a murder mystery set on the Russian Frontier.

Howard’s artwork and Ellis’s punchy, but wordy, writing come together beautifully to give this volume the feeling of a Sweedish Noir. The bleak subarctic atmosphere of Arne Dahl or Steig Larson is invoked, though bent just slightly by the presence of the alien structures. The story is set in the literal end of the road, or tracks in this case. 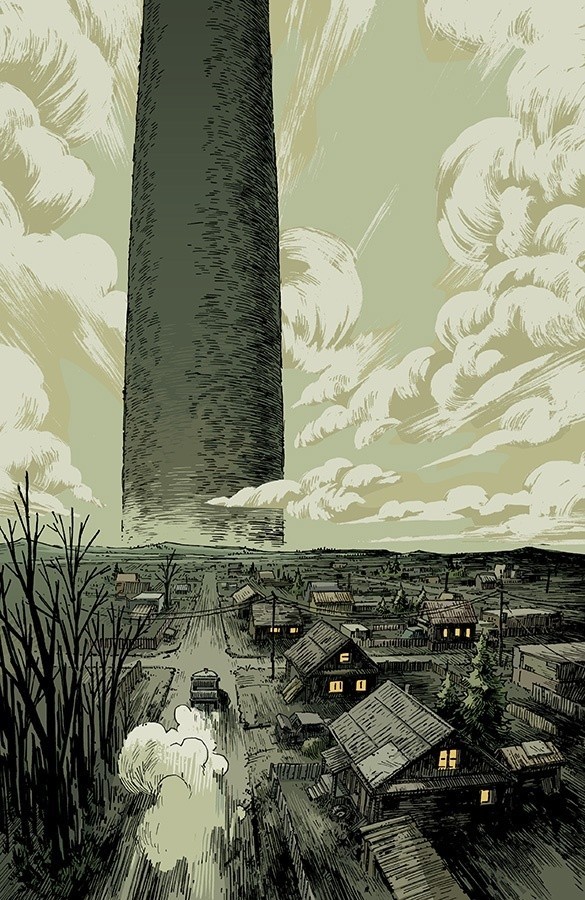 The Russian village of Troska is a tiny town that wakes up to a corpse in a new railway coat. The local detective, Klara, sets out to find out who he is and who killed him. The procedural elements work their way into a slightly sideways version of themselves warped by the Trees.

Ellis works with tropes as building blocks. He mixes and matches them into new shapes and plays at the edges to make them alien yet still familiar. The alien Trees manifest with magic and ghosts, Howard using symbols in the scenes to show you their influence.

I can cede the point his style may drive people nuts. His characters love to narrate themselves, go on weird jags, and love to talk their way through an action scene. I love it, as Ellis is great at turns of phrase. He can have a character drop the line “I’ve broken my own heart a thousand times” while holding a shotgun. 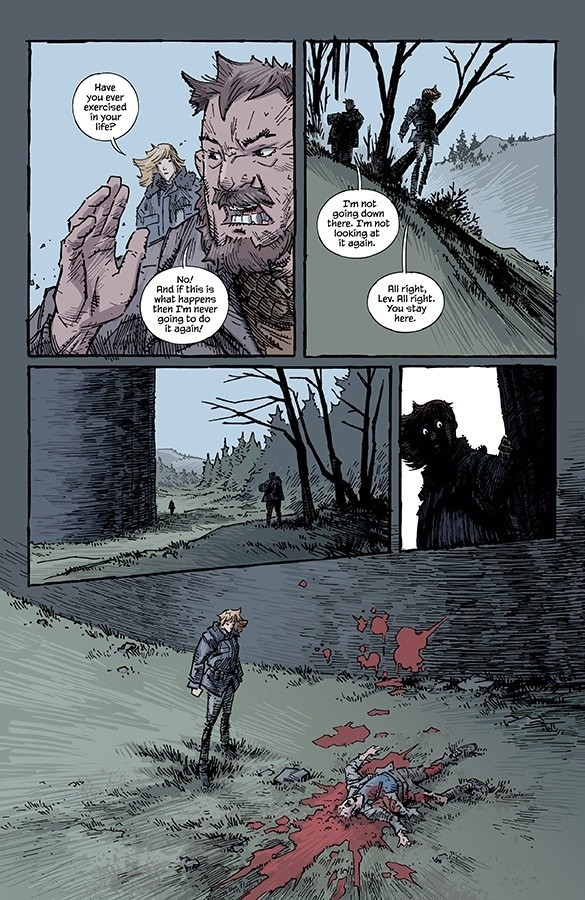 There should be another shout out to Howard for his style here; when the action finally snaps in these books, it’s explosive and surprising. Between Trees and Cemetery Beach, they have a complementary style. It’s a shame they won’t keep working together.

It’s fitting to the world that the Trees stay a weird mystery. Though you get some hints about their true nature, don’t expect any long drawn out mythologies. The story remains grounded in what its characters can understand. There are ghosts and flowers that hint at something bigger, but we’re never getting an exposition dump that solves the mystery. They’re allowed to retain their magic.

I loved this finale, but I fall for most of Ellis’ writing. I like his over-stylized approach. Combined with Howard, he moves this book briskly and effortlessly. Trees: Three Fates is a genre mashup, but one grounded in a small-town noir. This book is worth checking out. It shows off the best talents of both creators.