Book Review: Solutions and other Problems by Allie Brosh 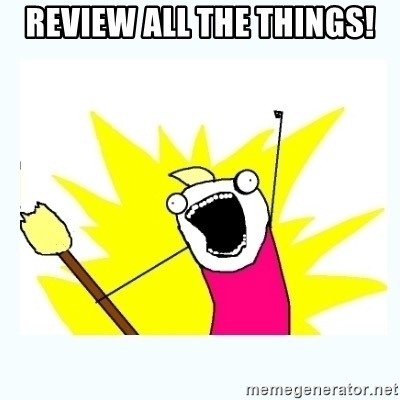 Confessing your innermost thoughts can quickly devolve into a LiveJournal full of Yaoi Vampire GIFs. Allie Brosh manages to make it something hilarious, relatable, and a breezy read at that. If you didn't read her last book Hyperbole and a Half, you might at least know her artwork from the X all the things memes. Solutions and Other Problems came out last year and contains tales of descending into nihilistic anxiety spirals, hiding out from precocious children insisting they be your friend and more tales from her childhood weirdness.

Her mix of comics and prose might fall into that neither fish nor foul territory for some readers. If you're a fan of comix in the Pekar/Crumb tradition, you're going to be okay. If you're a prose reader put off by reading a comic, I'm not sure how you ended up here. I'm not sure who murdered the fun in your life, but this is your chance to rekindle it and branch out.

Broach could be equally adept at either form; she has a keen sense of comic timing. Her story of crawling around in the woods tripping while trying to relearn what her phone is and how to get an Uber to take her home is pure slapstick. The text and visuals flow together to carry you through the story perfectly: taking you from her inner monologue to the visual of someone melting just staring at the slab of glass in their hand.

Memoir can be a difficult genre. Confessional tales about mental health struggles can swiftly turn into pity hags, removing anything human from the author in favor of a corporeal manifestation of suffering roughly the size and shape of a human. These stories are meant to leave the reader with a sense of relief that they aren't that person. The genre can also edge in the other direction, where it becomes someone telling their favorite misadventures over too many beers at a party—taking something serious and boiling it down to slapstick.

Brosh manages to craft real stories of her struggles into something very human and natural. It's confessional and, at times, hilarious, but it's always honest. There's a journey here to discover that everything might be pointless, but we still have to find reasons to show up every day. Everything is weird, and it's our job to sort it out and deal with it on our terms. It's not exactly inspiring, I wouldn't dare classify a book this real into that sort of drivel, instead's it's just human in the best way. For books in our current hellscape, that's the highest compliment.